With so many wide-ranging effects out there — and with conflicting evidence, it’s easy to assume that CBD Hemp Oil as a safe and natural remedy is just too good to be true. But if you’re reading this article it means you’re here to get a definitive answer to the question. Does CBD oil work, we’re here to reassure you. Yes, it does according to reports from people of all walks of life. The benefits we may see are just beginning to be understood. 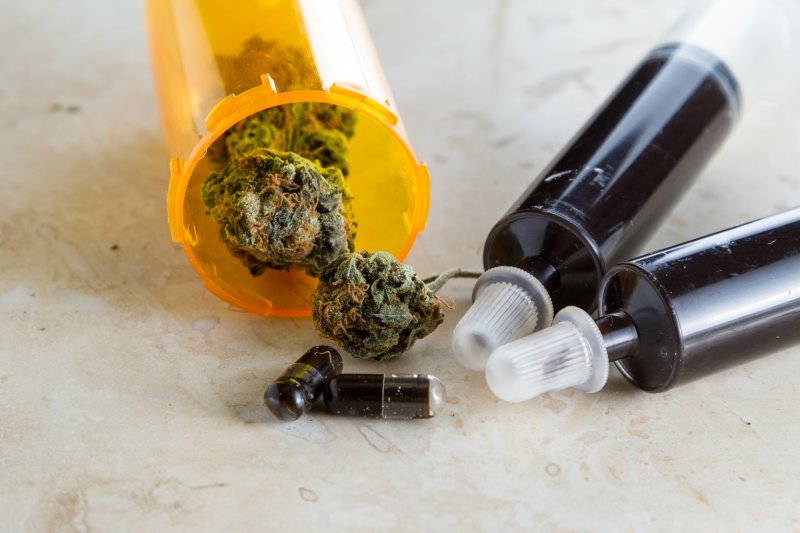 Interestingly, diseases like cancer and epilepsy have been untreatable for a significant amount of time in the course of history. And people always use drugs provided by pharmaceutical companies to treat them. The only problem is that achieving results has been a hurdle as the usage of these drugs leads to side effects that make the diseases worse. Furthermore, mental illnesses such as depression and anxiety have been under continuous study by mental health researchers, and psychologists. These are covered by drugs that can be harmful to the body and often do result in substance abuse.

Abuse of Xanax and other drugs:

The most common example is the abuse of Xanax as a drug prescribed for treating depression and anxiety. So, the real question is can these side effects be negated by using CBD hemp oil? These ailments are life-threatening. Therefore, when we talk about depression and anxiety we will see that if not treated properly they can lead to suicide.

Government research and corporate research from around the world — including in the United States of America — suggest the many potential benefits of CBD. Government research, especially in America, was quite limited in the early years of CBD. As the drug has always been deemed controversial, it still was neglected to be studied upon. Moving on to the potential effects CBD can induce in a human body – not only government research sectors started probing into the matter, but also, private entities became quite interested in the phenomenon.

Some agencies are even working on synthetic patent versions of CBD for the pharmaceutical market.

One thing that needs to be kept in mind is the fact that CBD oil was never researched because of the fact that it is illegal in many countries. There are different compounds in Cannabis, and the one that gets you high is not present in CBD hemp oil.

In this article, we make the case that CBD hemp oil could really work for you. We’ll show you what it is, how it works, and what the current research suggests.

What is CBD Hemp Oil?

CBD Hemp Oil is an oil extracted from industrial hemp plants. The extracted oil contains over 400 phytonutrients, which include antioxidants and essential oils.

It also contains roughly 80 different cannabinoids, which can only be found in the cannabis plant — and in the human body. That’s right — our bodies are actually pre-wired to respond to the chemical components of CBD!

This is pretty interesting regarding how well CBD oil responds to our bodies. As our body is prewired to handle the response of chemical components, CBD becomes naturally coherent. This is a fact that proves that CBD oil is a natural substance that is good for the human body.

Scientists recently discovered the existence of the endocannabinoid system in the body. It is also referred to as the ECS. This special system exists in the brain and binds only to the cannabinoids found in the marijuana plant.

What if you understand the importance of taking in marijuana but don’t want to get high? That’s totally okay! Only some components of cannabis will cause feelings of euphoria or a loss of touch with reality. Unlike the other compound commonly found in marijuana, THC, CBD is non-psychoactive.

In other words, CBD is not responsible for getting the user high. It does, however, have many other effects. These are evidenced by anecdotes from medical patients and even by clinical trials (see below).

Because many patients want the effects of CBD without the psychoactive effects of marijuana, growers have successfully bred plants that are high in CBD but contain minimal amounts of THC. Like THC, CBD is non-psychoactive, the euphoria can be completely avoided by CBD intake.

Thus, on the market, you can find CBD Hemp Oil that does not produce any psychoactive effects. If the THC content is very low or even nonexistent, the plant will retain its therapeutic properties but drop the ability to get you high.

How Does CBD Hemp Oil Work to Produce Health Benefits?

As previously discussed, our bodies have their own, naturally-occurring cannabinoids. Our brains have cannabinoid receptors, called CB1.

These get activated when they detect cannabinoids from the body or external sources. For example, this could be from plant-derived CBD hemp oil. CB1 receptors help regulate sensations like pain, emotions, cognition, and sleep. In other words, it’s important to take care of them!

Our immune system also has cannabinoid receptors. These are called CB2 receptors. They exist with the greatest density in the spleen, an organ that handles filtering old red blood cells for the body’s immunity abilities. Because of this, spleens are responsible for producing an anti-inflammatory response.

Conversely, supplementing with CBD Hemp Oil “stimulates multiple biochemical pathways. This most likely accounts for the wide variety of advantages offered by CBD.

Because the cannabinoid system in the human body is complex, the exact mechanism is unclear. We do not yet fully understand how supplementing with CBD works. It will require further research. Hopefully, we’ll see this as more people begin asking these questions and wanting to try these alternative therapies.

What does current research show about CBD’s health benefits?

Researches across the world are showing CBD’s effects. There will be further research, but the reports currently pouring in show a lot of promise.

Below are just a few examples of the kinds of effects that people are reporting from the use of CBD Hemp Oil for pain:

The Journal of Neuroscience found that the brain’s cannabinoid system protects against neurodegeneration. Moreover, The University of Sao Paulo in Brazil also found that CBD increases the growth of new neurons in the brain. These two potential effects of taking CBD hemp are amazing.

The connection likely comes from the fact that CBD Hemp Oil correlates to individual neurons in the brain and body. Scientists discovered the endocannabinoid system only recently. It responds to the substances found in the marijuana plant.

If you could recharge the brain or keep it in health by adding CBD to your daily regimen, wouldn’t you try it? Protecting the neuroplasticity of the brain and keeping it working as best as it can is what will slow or completely halt these degenerative diseases.

The American Association for Cancer Research published a paper in 2011 that concluded that CBD kills off breast cancer cells.

Of course, this claim is not yet substantiated as proof. Still, it has crucial indications for the millions of women who are fighting this deadly illness. Women develop breast cancer most often, but men can get it, too.

Breast cancer is one of the biggest silent killers around the world. It is a very dangerous illness and can quickly spread to other regions of the body.

Nottingham University’s Brain Tumor Centre in Britain is testing the effectiveness of CBD in treating brain tumor cells in children. So far, they have uncovered at least one case of success.

In this instance, scientists used CBD oil to treat a child of just four years old. His tumor cells shrunk by two-thirds in six months. This is a dramatic improvement and could indicate a breakthrough in shrinking tumors.

Of course, scientists will need to conduct further research to find proof of the correlation. Still, the results so far are promising.

Various Brazilian researchers concluded that cannabinoid supplementation is good for inducing sleep. Putting the mind in an easy state of restfulness can induce sleep in even the most restless insomniacs.

While research claims marijuana triggers schizophrenia, the University College London found that specific strains of CBD can actually help treat the psychosis that usually results from schizophrenia. There are likely certain aspects of marijuana that can trigger psychosis. However, it’s important to remember that one part of the plant is not the whole plant.

Those schooled in the basics of cannabis understand that there are over 100 different cannabinoids in the hemp plant. One of the major ones is THC, while the other major one, CBD, counteracts it.

Researchers have since attributed marijuana’s tendency to cause psychosis mostly to THC.

THC is what creates the psychoactive response of feeling high or going to an altered state mentally. CBD does not have these effects.

Decrease the self-harm symptoms that can result from autism

In May 2017, Israel’s government-sponsored cannabis program will conduct a clinical trial to determine whether CBD can help treat the self-harm aspects that arise from autism. This is taking place after anecdotal evidence from doctors showed positive results.

Autism is a severe developmental disability. This mental state is present from childhood. It leads to an impairment in communication, relationships, language, and other important day-to-day interactions.

Self-injury and self-harm are two of the most heartbreaking symptoms that can arise in a person who has autism. Behaviors can include banging their head, biting their nails, and rubbing or scratching themselves too hard. The cause of autism and these behaviors is unclear.

However, if CBD can help relieve these urges, many parents feel that it is worth a try. It is an exciting time for the CBD hemp world. If the claims out there now turn out to be based on science, this could change the game for children and families all over the world.

Many people ask themselves the question: Does CBD oil really work? -Of course, researchers will need to conduct additional studies to scientifically confirm CBD’s benefits. Still, many doctors continue to prescribe CBD hemp oil to their patients because of the apparent positive results. Though the results are anecdotal at this point, the oil might be able to help a lot of people.

For example, the medical director of George Washington University regularly prescribes CBD hemp oil for his patients to treat “PTSD, epilepsy, autism, autoimmune disorders, anxiety, and insomnia.” The connections are not yet proven. However, people who have tried it all are often willing to give alternative therapies a go.

Many medical marijuana dispensaries across the U.S. also carry various CBD hemp oil strains. This is because patients have increasingly taken an interest in treating their ailments with it.

Are you looking for products like CBD hemp oil? We have what you need!

Browse our wide selection of CBD hemp and hemp oil so that you find a product that’s right for you. Trying CBD oil is a route that many have taken before you. The results are astounding and are prompting further studies and research.

Does CBD oil work? – Try CBD oil and see if it works for you.