There was a time when there was limited knowledge of the Cannabis plant. People had different uses for it, with some using it to maintain their well-being, while others mainly used it for recreational purposes. The various uses arise from the fact that the cannabis plant is packed with numerous compounds among them cannabidiol shortened as CBD. Cannabidiol is a cannabinoid that is a family of compounds found in the cannabis plant. Cannabidiol, in particular, is often used as a supplement with a wide range of uses. Some people even use CBD oil for sleep.

As a result of the different applications of cannabidiol, it is legal in most parts of the world. These include 50 states in the United States of America. This is unlike medical cannabis which has more strict regulation and is illegal in most states. To better understand CBD and how much you should take, let’s realize what it is.

Cannabidiol is one of the many other chemical compounds found in cannabis. If your chemistry is still on point, you will remember that a compound is a mix of various elements to create a single substance with its own properties. Thankfully, the compound that the cannabis plant has produced for us is loaded with useful properties. There are several species of the cannabis plant that do contain CBD hence its extraction from different species of the plant.

Our ancestors knew of the benefits of cannabis and used cannabis as a medicine, for relieving toothaches and pains of childbirth, ease nausea, and as a sleep aid. It is with modern science, however, that the particular component of cannabis that has medicinal properties were extracted. The first among many other cannabinoids was discovered in 1960. This served as a precedent to many other discoveries and technological breakthroughs in the extraction of the different compounds.

Each of the 80 individual cannabinoids found in the cannabis plant has its own effect on the human body. The most prominent of these cannabinoids are CBD and THC, also known as tetrahydrocannabinol. THC has a psychoactive impact on the body and is responsible for the high that people get when they ingest or smoke cannabis. CBD however, does not deliver the high or feeling stoned.

CBD is available as a natural extract from the cannabis plant, but can also be made synthetically in a controlled environment. It is also available in many forms, such as pills, sprays, and inhalers.

So how does CBD work?

Researchers and scientists have made significant efforts in understanding how CBD operates within the human body. As of now, it is understood that CBD works with different receptors and chemicals in the brain, which essentially controls all biological activities within the human body. Once the receptors, located all over the body detect a signal, they send it to the brain through neurotransmitters. Also, the body uses hormones and other cells in the body to affect many functions. Such functions include sleep cycles, inflammation, perceiving pain, and regulating one’s emotions.

Fun fact: Our bodies do produce their own cannabinoids. This production process is part of a system within the body known as the endocannabinoid system. The system takes charge of several processes within the body, mostly physiological ones. The processes include your mood, your appetite, and several other cognitive functions. Cannabidiol is part of the endocannabinoid system and therefore works seamlessly with the body’s receptors. 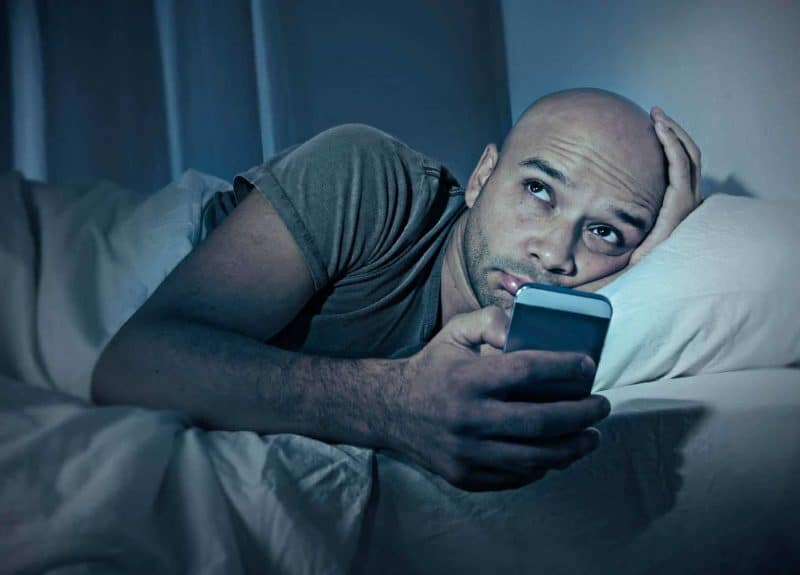 An increasing number of people in the world are suffering from insomnia and sleep disorders. With all the complexities that have come with life in the 21st century, this is not surprising. For a long while, sleeping pills were always the option for most people, but financial limitations have forced people to look for alternative natural means.

Cannabidiol works within the body’s endocannabinoid system which as we saw, is responsible for the homeostatic functions of the body.

The cannabinoid has also been seen to reduce Rapid Eye Movement (REM) behavior, a typical case in patients who have Parkinson’s. Patients will often become physical as they sleep. This can create an emotional strain on the family members of the patient as well as on the patient.

How much CBD oil should I use?

Any medication that is taken always comes with the recommended dosage. The same case would be expected for CBD, but this is not the case. Most CBD retailers will have their recommended dosage often in terms of drops. However, users will often have different dosages depending on the intention of use. Most drug control organizations have not come up with regulations regarding the extract, owing to the continuing research as well as debates concerning its use.

This might seem scary, but CBD is generally harmless in whatever quantity you consume.

When it comes to CBD, especially now that there are no set regulations on the dosage, you should probably start on a low. This is especially so if you are taking it for the first time. To answer your question on how much CBD you should take, you first need to understand its effect on your body. Different bodies will react differently to the drug, and it is, therefore, a good idea to first understand how your body responds to the oil and then progress.

The best approach to getting the best dosage of CBD is mainly experimental. You can start with a small dose of 5mg per day and see how that goes. If you do not achieve the desired effect, then you can increase it to say 7mg the next day and so on, until you get to a dosage that is perfect for you. The temptation to increase the dosage even further after reaching your perfect dosage might be there, but this comes with several drawbacks. Chief among them is the financial imprecations that come about. You might find yourself buying excessive amounts of oil for something that could be managed by consuming the product at half the cost.

How to get CBD?

With the commercialization of CBD, numerous companies around the world and especially in regions where the oil is legal are selling the product. The easiest way to purchase is online, through the various sites selling the product. The sites may offer delivery services depending on their sales modules. A good idea before placing an order online is to check the reviews those companies are getting. There is always the possibility of fake or substandard products lurking around in the market.

CBD has become a great supplement to the hundreds of sleeping pills in the market. It can be extracted from the natural cannabis plant locally or industrially. Moreover, it has been regarded as a generally safe drug, lacking all the psychoactive effects of several other compounds in cannabis. It is, however, a good idea to work with your doctor when coming up with an appropriate dosage for you.

The Federal Food, Drug, and Cosmetic Act requires this disclaimer. We collected this information from various sources for the convenience of our customers. The Food and Drug Administration did not evaluate the statements regarding these products. FDA research did not confirm the efficacy of these products yet. These products are not to diagnose, treat, cure, or prevent any disease. The information we present here is not a substitute for information from health care practitioners. It is also not an alternative to information from health care practitioners. Before using any product, you should consult your doctor and ask about the risk of interactions or complications.